With the support of the Regional Government of Styria - CINE ART
Premiere: Neue Galerie Graz at the Universalmuseum Joanneum

Analog–digital, never you mind. - A lecture-performance is being prepared in a cinema. During the first rehearsal, banter ensues between the technically savvy projectionist and the speaker, a level-headed intellectual. Both have considered their professions carefully and both have good arguments for their respective points of view. Nevertheless, they keep talking past each other …

I have seen the future … deals with the transformation of cinema from analog to digital projection technology, pokes fun at analog nerds, illuminates the often distressing relationship between theory and practice, and satirizes the current trend of lecture-performance in arts-based research. The obsolete film format Maxivision 48 and its militant advocate, the film critic Roger Ebert, are touchpoints for the whole debate. 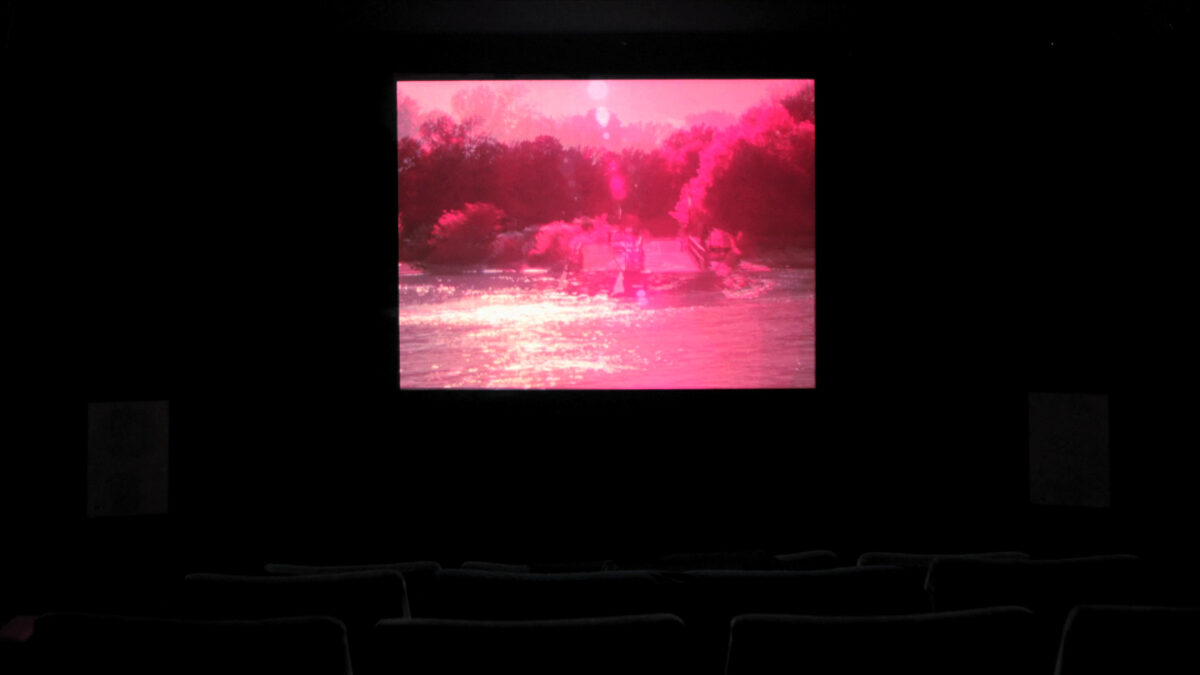