With the support of the Austrian Music Fund
Premiere: Raum 35, Vienna

A woman on a boat forms the narrative framework of the film. She is drifting on the high seas, alone. Shots of clouds, water and earth, which can be seen as a dream sequence, ensue. Is this a reflection of the emotional world of the woman, traversing myriads of emotions in a brief period of time? Does she wake up from a dream in the end? Whatever else may be true, she remains all alone in the boat — that much is clear.

All the footage in Pale April comes from the Internet. It is distributed on several websites that make films available for non-commercial use. Accordingly, the quality of the footage is far from the usual standard of broadcast-quality footage. However, therein lies the genuine appeal of these sources. Not only are they marked by analog artifacts, but also by countless mutations triggered by permanent data migration. The result of these uncontrollable analog and digital “errors” is an original visual language that speaks volumes about how we deal with historical image sources today. 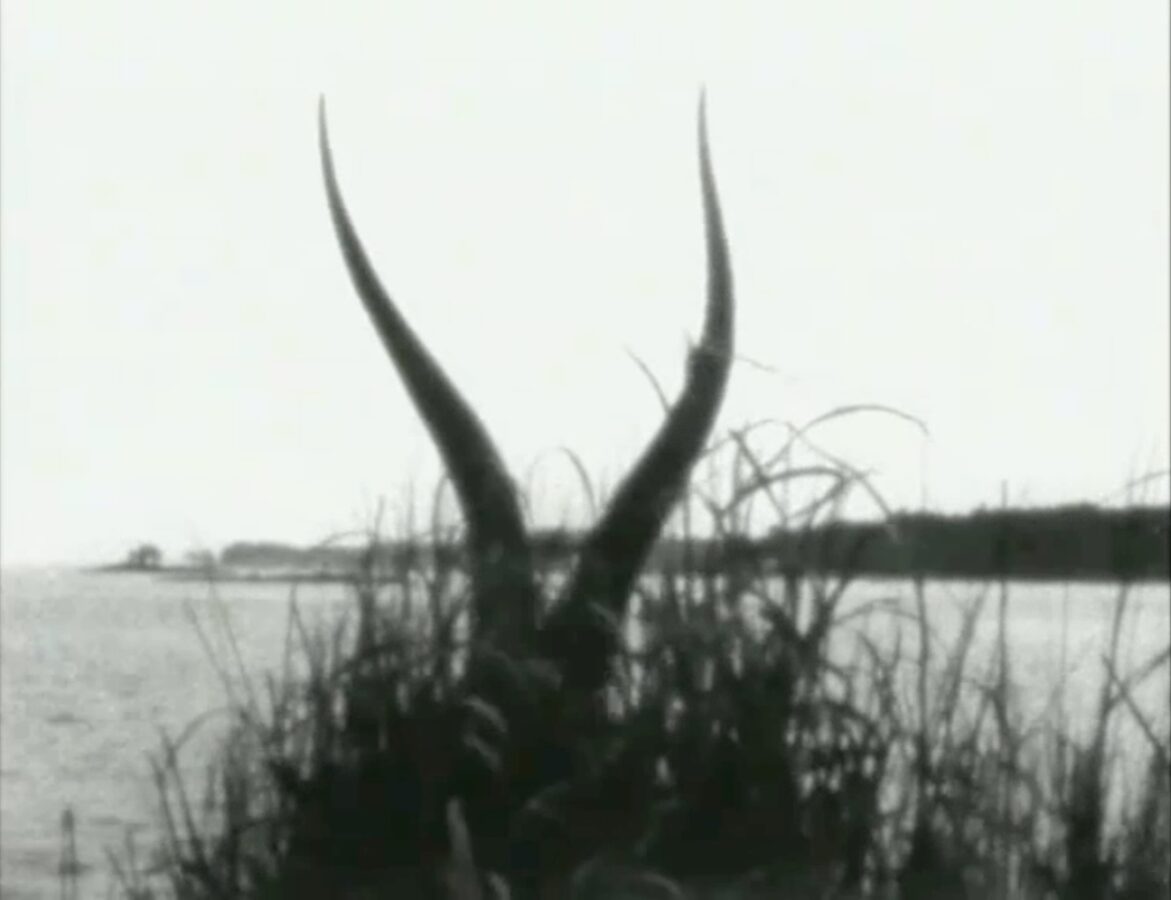