With the support of the Cultural Department of the City of Vienna - MA7, Otto Mauer Fund, and the Future Fund of the Republic of Austria
World premiere: Kassel DokFest
Award: EXP:AN:DED SHORTS JURY AWARD at “This Human World” - International Human Rights Film Festival in Vienna
Acquired by the City of Vienna for their contemporary art collection (Wien Museum MUSA)

In most cities, women are severely underrepresented in the urban landscape — a far cry from gender parity. In Vienna, about 90% of all places and streets named after people bear the names of men. The film Presence brings Viennese locations named after women into view and closer to the awareness of the viewer. Similarly to what happens in our perception while we traverse public space, the 397 areas bearing women’s names flash up on the film screen one at a time, a single shot dedicated to each. The countdown effect in these shots, which begin at the periphery and move towards the city center, draws attention to the significance and distribution of places named after women. Presence is a kind of inventory, a contribution to an active culture of remembrance and gender equality as well as a critical examination of the representation of women in public space, which can also symbolically stand for other areas of society and reflect the reality of other cities. 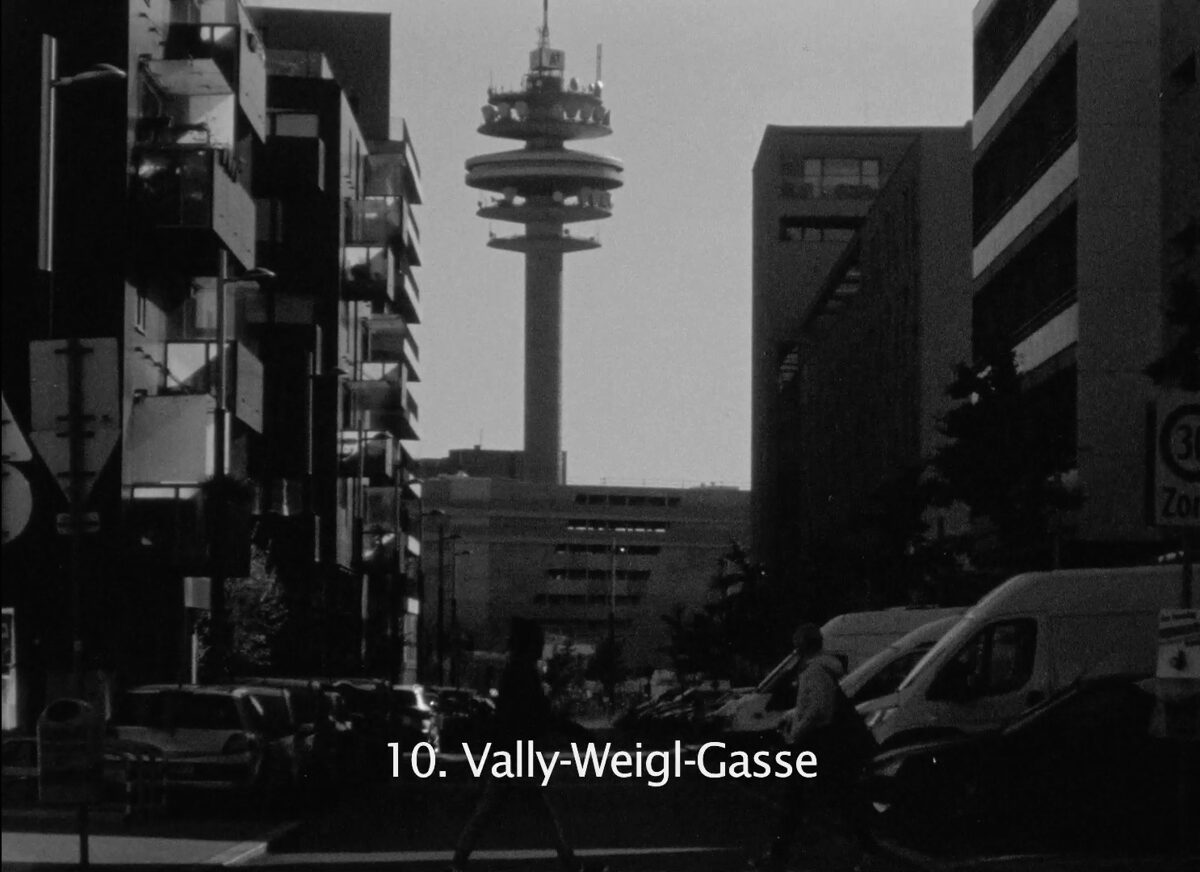